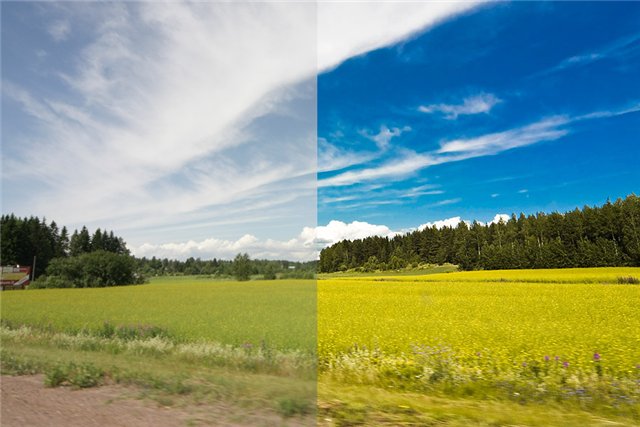 Now we come to the most interesting and sweet 16 photoshoot. The RAW format arose relatively recently and its main task was not to get rid of the shortcomings of existing formats at all – its goal was to provide more opportunities for printers. They are used to working with source codes or formats that give more freedom of action. For example, they often do not take text in Word format at all – it is inconvenient to transfer it to their layout programs, because they are followed by a bunch of formatting tags, and until some time there was a problem with encodings. Now it has become a little easier, but we have given it just for an example, and the essence is simple: the less changes the intermediate program imposes on the source code, the better it is for the professional to prepare (images, in our case). Therefore, photos in the printing house are handed over in TIFF or RAW format. It is believed that the RAW format is simply a signal from the camera matrix recoded into a certain form. In fact, the information is subsequently compressed and truncated, additionally encoded, etc. – as a result, losses are inevitable, which are considered non-critical. In any case, they are certainly less than JPEG loss. It is the concepts of “less distortion”, “more distortion” that are guided by printers – in their situation, even a couple of percent solves the problem. 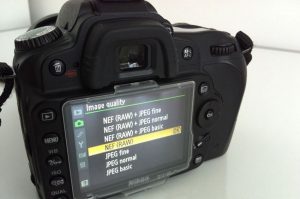 But what’s in it for photography? On any forum they will tell you that “you need to shoot in raw”?! The fact is that there are techies sitting there who are looking a little in the wrong direction – they have read articles on the Internet, such as sensible, but too reasonable “Reasonably about photography” by Mikhail Afanasenkov (reasonable is rarely concise and pleasant in reading, so there is no blame here whom) and made one conclusion for themselves from there: that RAW is better, because. loses less information. As a result, pets, street signs and dubious city landscapes are shot in RAW. Some of them then glue HDR and put them on photo sites.

However, the recommendation for use would be more correct to voice that “it is better to shoot in raw, if it is justified.” And the RAW format is justified only in one single case – when there is a fair share of editing and large-format printing ahead (this is according to specialists in colorimetric systems). Moreover, this is relevant, mainly for images with gradients – it is smooth color transitions that can “beat” with deep editing. So, if you have a magnificent landscape with high detail (for example, a forest or grass), and the camera worked at 100%, JPEG will do just fine. But if the sky is beautiful, pre-sunset, with a smooth transition from reddish-yellow to bluish-blue, RAW is the only solution. Naturally, provided that you spend time editing the file and print it on a format not smaller than A4. For a 10×15 photo “behind the eyes”, 8 bits of color and JPEG are enough. 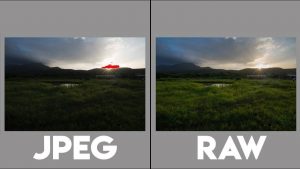 On forums and in a number of articles, they constantly say that RAW, compared to JPEG, retains more details, in particular in the shadows. And if the first is not entirely clear – after all, the amount of detail depends on the quality of the lens, and the recording format is the last thing (of course, here we are talking about JPEG in fine mode, i.e. with the minimum compression ratio provided by the device), and it is here that neither no meaningful comparison was made. What is claimed is that “more detail can be pulled out of RAW in the shadows”, which, again, requires a lot of digging in Photoshop and refers us to the section on printers. Many photographers, in general, apply either the +25 contrast setting to the captured photo in the converter (kills details in the shadows and in the bright areas of the frame), or the S-curve (the same, but softer). A JPEG shot with a low contrast setting will contain an order of magnitude more detail.

One advantage that is dubious in modern conditions is the lack of white balance in RAW, which, accordingly, can be applied in any converter, puts it above JPEG, because. so you can fix camera errors. The only problem is that digital cameras produced today are much more accurate in setting the BB than those that were on the market at the time this statement appeared. Again, if you put the BB manually, mistakes can be avoided, and it’s easy for an experienced retoucher to correct it in Photoshop, and there are good plugins for beginners.

0
« How to calculate card speed